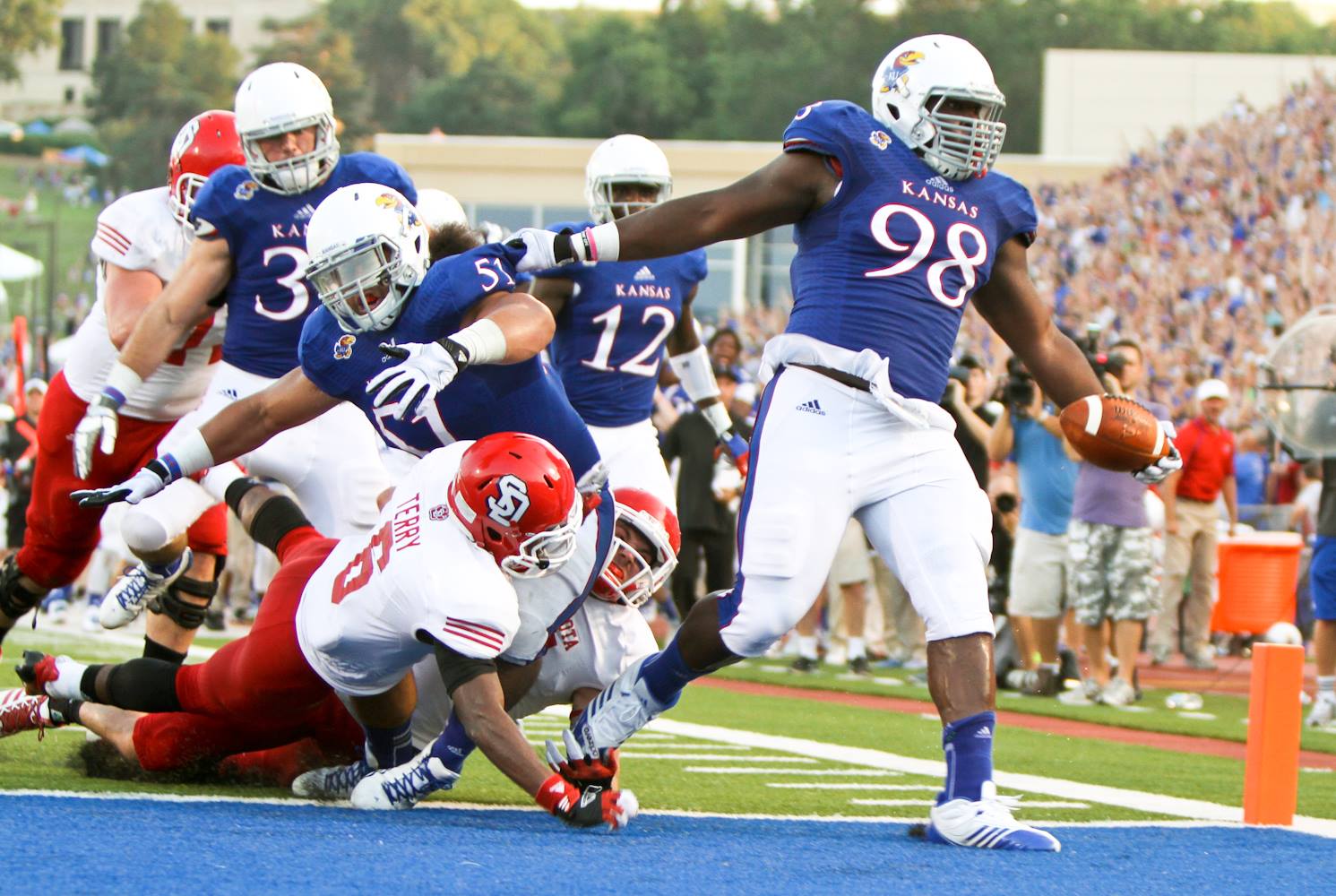 One streak down, one more to go.

The Jayhawks haven’t won on the road since September 12, 2009 when they defeated UTEP.  When asked about Kansas’ four-year drought on the road, Charlie Weis replied, “I just know the games I was here for.”

Weis and the Jayhawks head to Houston, Texas this week to take on the Rice Owls in hopes to eliminate another embarrassing streak and make more progress in the rebuilding of a football program.

But Rice isn’t a pushover. Their first game was against Johnny Football and the No. 6 Texas A&M Aggies. Well… they played Johnny Manziel for a half of football, at least.

The weather in Kansas the past few weeks should prepare the Jayhawks for the high temperatures and high humidity levels that are constant factors in Texas. “It should be nice and toasty down there,” Weis joked.

One concern that Weis had was how Rice “almost [has] their whole team and coaching staff back.” That’s a rarity. There were no staff changes for the Rice team from last season. Another concern of his was how astronomically high the team stats were last season. Rice averaged 424 yards a game through last season and lead the country in time of possession. Since their players and staff are back, there’s no reason as to why they would want to change that mindset.

Weis also mentioned their “big bruising” running backs, Charles Ross and Turner Petersen (both seniors). He wasn’t joking when he talked about their size. Ross and Petersen both are listed at 235. Ross is listed at 6’1” and Petersen is listed at just an inch taller at 6’2”. Ross leads Conference USA in overall scoring and scoring (touchdowns), with 18 points. Ross also ranks fourth in the conference for rushing yards with an average of 107 per game.  He’s also on the leader charts for all-purpose yards with 131.

Kansas is playing with their goal in mind. “[If they] can end it on the road, all those negative things can disappear,” Kansas linebackers coach Clint Bowen, said.

Weis hopes for a strong Kansas contingence down in Houston, considering “there aren’t big crowds at Rice. To go on the road and not have it be 80,000 people is a good way to ease into [the road games].” Rice Stadium’s capacity is 47,000.

Weis welcomes the road trip, too.

“I feel better having one game under our belt. There’s a lot less distractions on the road. It’s more of a business trip,” Weis elaborated.

Just because the Jayhawks won their home opener doesn’t mean there aren’t some issues to clean up, however.

Another change in the Jayhawks line up is that Ty McKinney and Marquel Combs shook some things up a bit. McKinney is listed as back up to Keba Agostinho at the right tackle position and Combs is listed as the back up to Keon Stowers at the nose position.  Weis elaborated on the change: “Ty McKinney is playing really well. Combs isn’t getting many reps. They moved positions. We get two positive residuals out of that.”

Last season, Rice ended up beating the Jayhawks in Lawrence, 25-24, after Rice’s kicker Chris Boswell kicked a 45-yard field goal as time expired. When asked about if the team was using revenge as a motivator, Weis replied: “I don’t ever use (revenge). We were the ones that blew it. We didn’t close out on offense and we didn’t close out on defense.”

“We gotta be ready to go at kick off,” he elaborated.

Bowen was also asked about the game and he replied with: “We didn’t do what we had to do to win.”

How is the game going to stack up? Kansas is already looking better than last year with the one game under their belts. Weis thinks so, too. When asked about the game in comparison to last season, he said: “That was nothing like any game last year. There was not one game that looked like that.”

Is this a Kansas turn around?

“We’re one game into a long season,” Weis noted. “That’s something to keep in mind.” 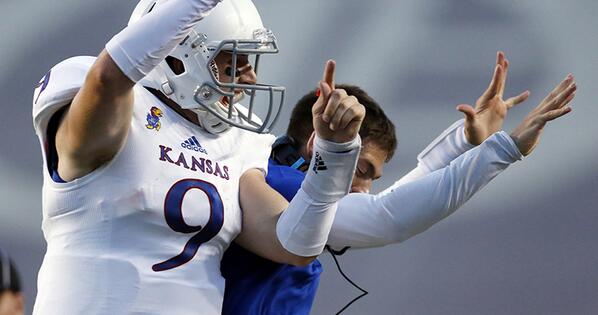