Kansas is wearing alternate jerseys in the Sunflower Showdown today. 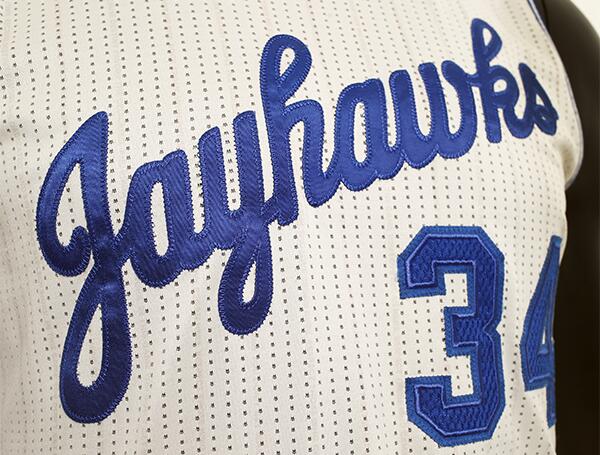 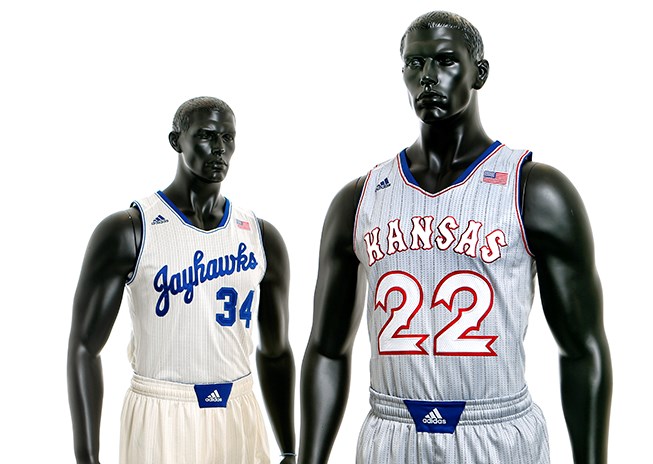 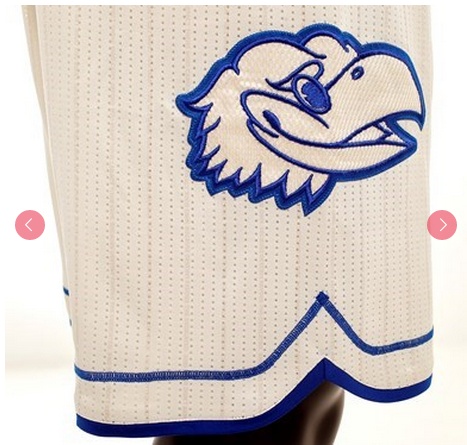 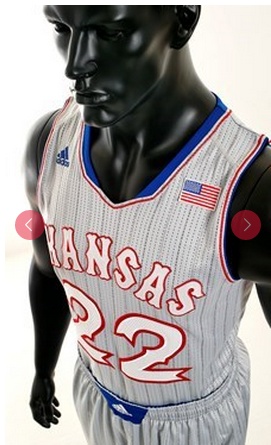 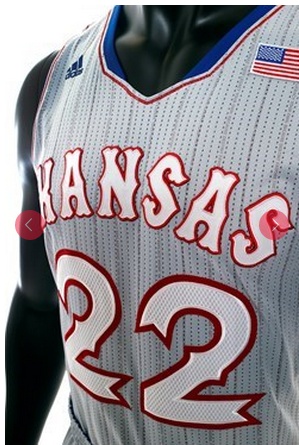 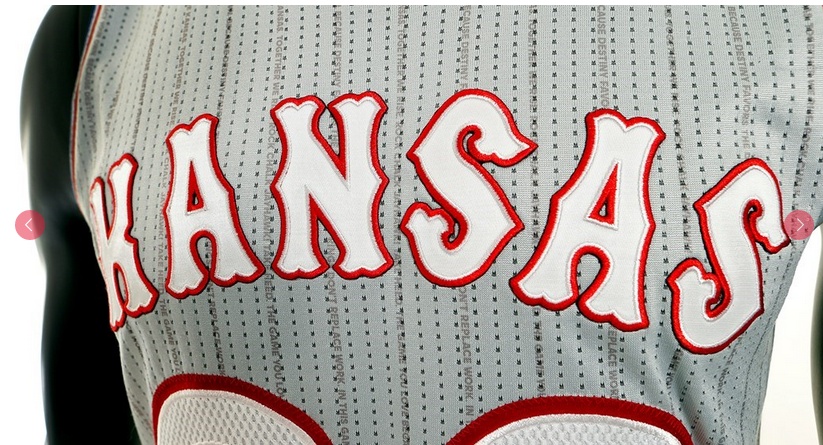 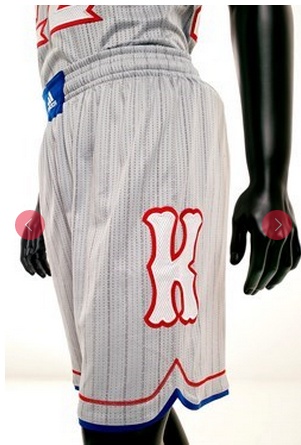 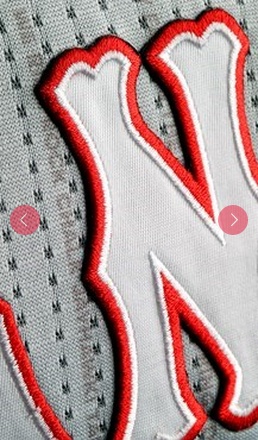 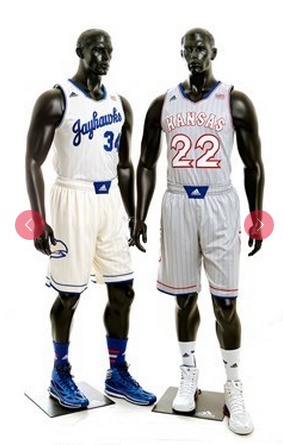 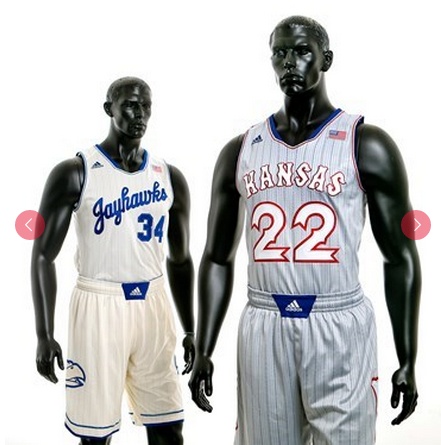 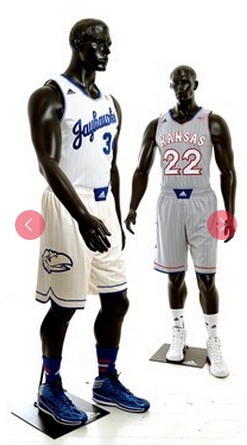 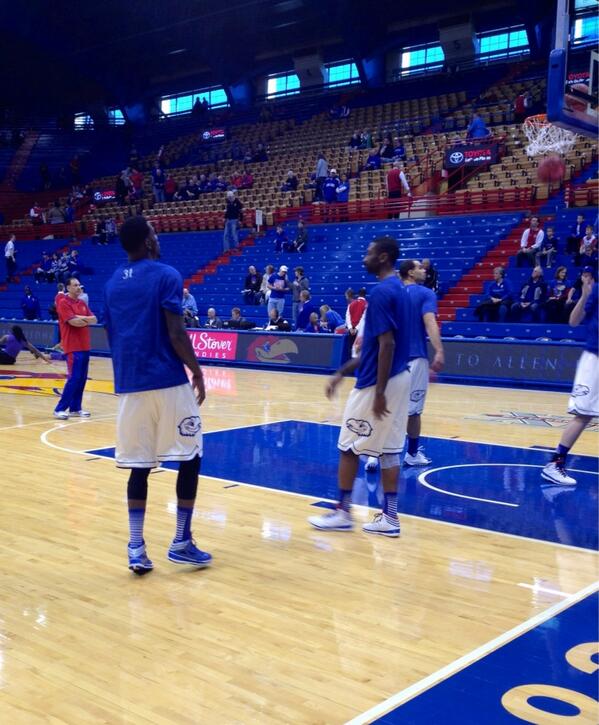 Credit to Josh Klingler and KU Athletics for the pics.

Here’s the official release from KUAthletics:

To kickoff game day against its storied rival, Kansas released its newest adidas design of alternate men’s basketball uniforms that the team will be wearing intermittently throughout rest of the 2013-14 season and into the 2014-15 campaign.

The official apparel provider of Kansas Athletics, adidas created two different uniforms referenced as CHALK (cream color) and PHOG (grey color). The Jayhawks will officially unveil their CHALK look on Saturday when Kansas hosts Kansas State inside Allen Fieldhouse. A striking mix of vintage and original, both of the new alternates will don tonal pinstripes that read:

Pay Heed.  The game you love began here.  Respect those who came before you.  Make their legacy your own.  Because destiny favors the dedicated.  And rings don’t replace work.  In this game you don’t get what you want.  You get what you earn.  We are Kansas.  Together we rise.  Rock Chalk Jayhawk!

“We decided in late summer that we would have two more uniforms to wear throughout the year,” head coach Bill Self said. “Although a little different in color, both are definitely traditional from the fonts used in past going back several decades. We’re excited about it. We’ll be rotating the uniforms throughout the rest of the season.”

CHALK has blue outlines with a script ‘Jayhawks’ in an upward slant and the jersey number in blue below the second half of the script. The CHALK shorts have a 1946 blue outlined Jayhawk on the side.

PHOG has a white ‘Kansas’ in circus font, outlined in red, arching across the chest with the jersey number centered below, also in circus font, hearkening back to the 1988 NCAA National Championship uniform. The PHOG shorts have a red stripe and a blue stripe at the bottom.

Although the replica jerseys and shorts from adidas are not scheduled to hit retail shelves until next fall, fans can immediately purchase the new Jersey Hook Tees (throwback replica jersey tees) at several local retailers of KU licensed product, including the store in Allen Fieldhouse and KUStore.com.  Complementary hats will also be hitting the shelf in the coming days.

Since 2005 adidas has provided footwear, uniforms, apparel and accessories to each of the Jayhawks’ 18 intercollegiate athletics teams.  Last June, Kansas announced that it had renewed its partnership with adidas through 2019 for a six-year extension worth in excess of $26 million. 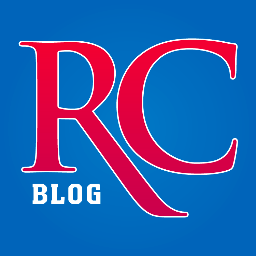