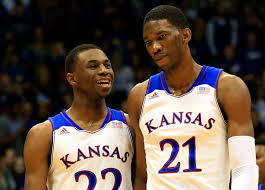 Andrew Wiggins is a finalist for the Oscar Robertson National Player of the Year award while Joel Embiid and Wiggins are finalists for the Integris Wayman Tisdale Freshman of the Year award.

Additionally, Kansas coach Bill Self was named the winner of the Wayman Tisdale Humanitarian Award.

Here’s the release from USBWA:

ST. LOUIS (USBWA) – The U.S. Basketball Writers Association has selected 15 outstanding players as finalists for its Oscar Robertson National Player of the Year Trophy and six standout freshmen as finalists for theIntegris Wayman Tisdale Award. The USBWA has also named ten head coaches as candidates for the Henry Iba National Coach of the Year Award.

Members of the association’s board of directors chose the finalists and the entire 975-member USBWA will vote on the awards as well as the annual All-America and All-District teams. The ballots will be distributed Sunday evening and USBWA members may still write in candidates for the three individual honors.

The Oscar Robertson Trophy recipient will be announced on Friday, April 4, at AT&T Stadium in Arlington, Texas, at a press conference in conjunction with the NCAA Men’s Final Four. Prior to that, on Mon., March 17, the Integris Wayman Tisdale Award winner will be announced and the following Monday, the winner of the Henry Iba National Coach of the Year Award will be revealed. All three award winners will be formally presented their awards at the Devon Energy College Basketball Awards on Mon., April 14, at the National Cowboy and Western Heritage Museum in Oklahoma City.

Following are the finalsts for the Oscar Robertson National Player of the Year Trophy:

Following are the finalists for the Integris Wayman Tisdale Freshman of the Year Award:

Tickets and sponsorship information for the Devon Energy College Basketball Awards are available atcollegebasketballawards.com or by contacting Scott Hill (405-749-1515, scott.hill@access-sports.net). The April 14 banquet will also honor Kansas coach Bill Self as the recipient of the Wayman Tisdale Humanitarian Award.

The Henry Iba Award is named in honor of the legendary Oklahoma State coach who won 655 games and two national championships in 36 seasons in Stillwater. The USBWA has presented a National Coach of the Year Award each year since the 1958-59 season. Miami’s Jim Larrañaga was honored with the award last season.

The USBWA has chosen a national freshman of the year since the 1988-89 season when LSU’s Chris Jackson was the recipient. Last season, Oklahoma State’s Marcus Smart became the third winner of the Wayman Tisdale Award.

The U.S. Basketball Writers Association was formed in 1956 at the urging of then-NCAA Executive Director Walter Byers. With 975 members worldwide, it is one of the most influential organizations in college basketball. It has selected an All-America team since the 1956-57 season. For more information on the USBWA and its award programs, contact executive director Joe Mitch at 314-795-6821. 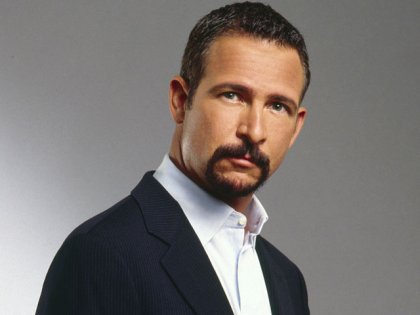 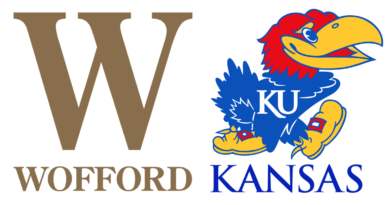