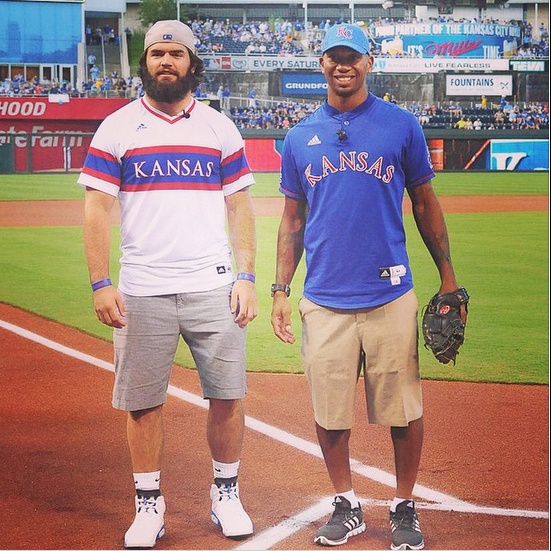 Kansas football player Ben Heeney threw out the first pitch at Kauffman Stadium on Sunday night for “KU Night at the K.” Heeney, who played baseball in high school, admitted he was nervous because he hasn’t throw a baseball in a while.

Before the Royals-Indians game, which was sold-out and televised on ESPN2 for Sunday Night Baseball, Heeney and other KU football players and coaches signed autographs for fans.

For the first pitch Big Jay and Baby Jay accompanied Slugerrr (the Royals’ mascot) and Nick Harwell (KU wideout, who was supposed to be catching the ball) at home plate.

After calling off Harwell’s first two pitch calls, Heeney wound up and threw a little bit too inside, beaning Big Jay right in the head.

It’s a good thing Heeney stuck to baseball. And fortunately for Ben, he’s allowed to hit people in football.

KUAthletics.com posted a longer video of KU Night at the K on their YouTube page. You can watch the first pitch below: 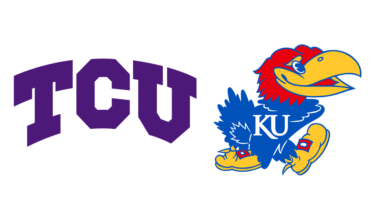 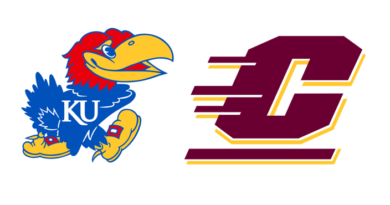