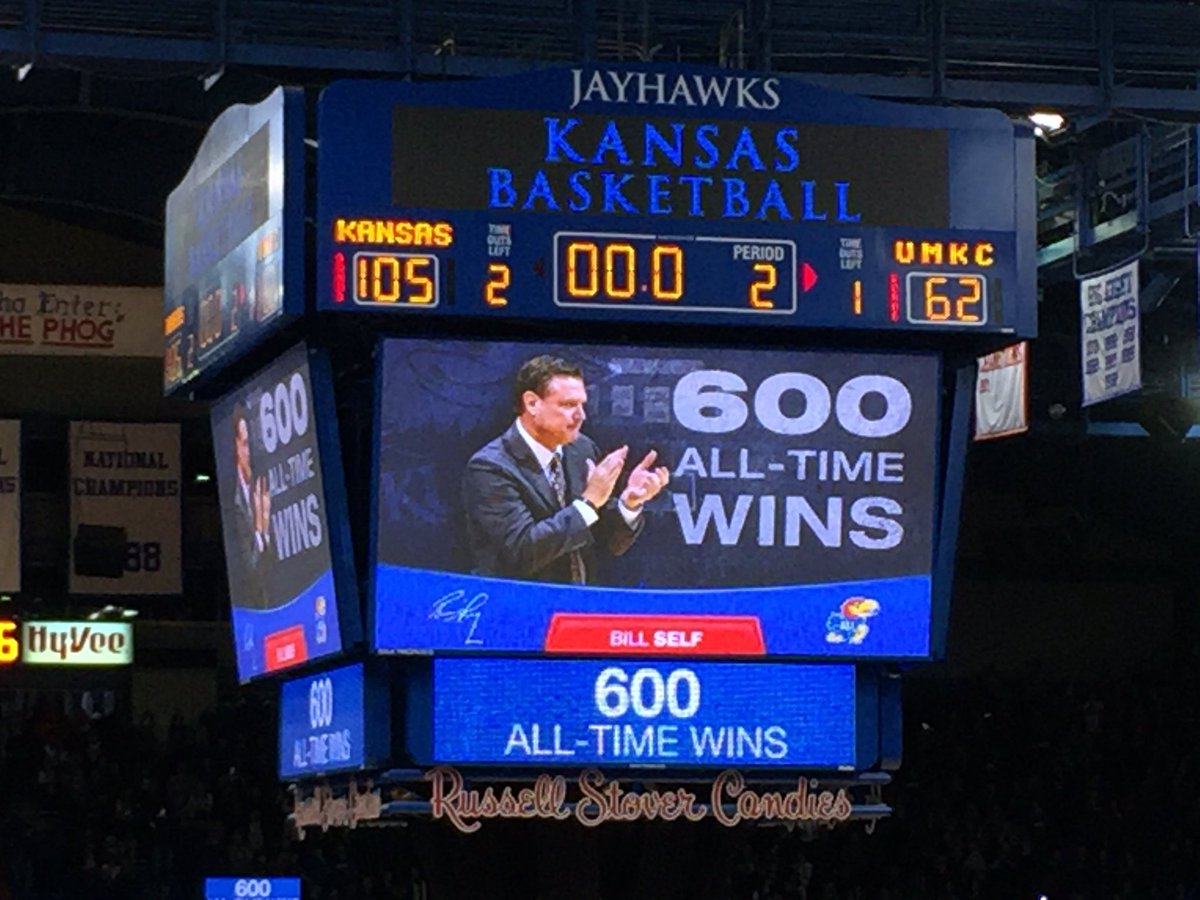 It was the best performance of the season for KU’s offense, as the Jayhawks put up 105 points on 57% shooting from the floor. The team set a new record with 15 three-pointers at Allen Fieldhouse, KU’s most in one home game ever.

Here are some takeaways for each player:

An early favorite for First Team All America, Mason put together his finest performance of a spectacular season on Tuesday night. 30 points and six made three-pointers are both career-bests, but the best part of Mason’s game was how easy he made his performance look. Mason was just faster than UMKC’s defense. He looked like he could have gone for 50 points had the game been more competitive. In nine games this year, Mason has scored at least 18 in eight of them. He’s not only KU’s best player, but he’s also its most consistent. That’s a terrifying combo for opponents.

Graham followed up his five three-pointer performance against Stanford by making six, a career-best, against the Roos. His shot was as pure and effortless as his point guard counter-part’s. His defense was also terrific, but the biggest key from this game was Graham only playing 25 minutes. Since December 19, 2015, Graham has played fewer than 25 minutes just once: against Austin Peay in the first round of the NCAA tournament (24 minutes). Graham was lethal and he got plenty of rest.

Jackson continues to grow in confidence as he gains more experience, and he had the best performance of the year on Tuesday. Jackson’s biggest strength is his versatility. His ability to play so many different positions is what allows Bill Self to experiment with dozens of various lineups. Nobody can stay in front of him when he’s out on the perimeter, and nobody has the athleticism to stay with him when he’s in the post. My favorite part of his game is that, even though he knows he’s going to leave school after this year and be a top-five NBA pick, he’s not afraid to dive after loose balls and pick up floor burns. Jackson isn’t the Jayhawks’ best college player, but he is their most valuable weapon.

It’s not that complicated: he’s the best three-point shooter on a team full of three-point shooters. His overall shooting percentage won’t be as high as people want it to be, but he’s going to make 40-45% of his threes this year while playing good defense, and that’s exactly what KU should want him to do. It’s also worth noting that he set a career high with seven rebounds in this game, which is what I expect to be the biggest factor in determining whether it’s he or Lagerald Vick that will get those late-game minutes.

Vick took a slight step back in this game, and Self clearly wasn’t happy with him as he didn’t start the second half. Vick had a rough sequence in the first half when he lost his man on the defensive end, and then came down and traveled when a transition opportunity was in front of him. When you have a deep team full of scorers, it’s so hard for them to all to go off at once, and Vick was just the odd man out of the equation tonight. I’d be surprised if he didn’t bounce back against a smaller Nebraska team that’s going to have serious problems containing the length of he and Jackson on the wing.

Where the hell did Landen Lucas go? He was KU’s best big in the first half, stifling UMKC’s three-point barrage by clogging the paint and allowing the guards to play tight on the perimeter. Then he hardly played at all after halftime. It’s probably because he’s not fully healthy and there was no need to throw him out in a blowout, but I think Lucas is KU’s best post defender, and that’s ultimately what’s going to matter to Self going forward.

I think Azubuike will continue to start for a few games, but Landen Lucas will ultimately take his job when he gets healthy. Azubuike has very little offensive game at this point in his career, which is fine because he’s nine friggin’ games into his tenure at KU. In my opinion, I think Azubuike’s value is maximized coming off the bench. When KU is struggling to rebound, Self can insert Azubuike into the game to snag some boards and block some shots. But KU’s offense is so much more open with Lucas in the middle.

Bragg’s body language continues to irritate Bill Self, as he had one sequence where he had two or three opportunities to get a putback layup but it never came to fruition. He slumped his head and jogged back down the floor, and he was immediately taken out of the game. Bragg is super talented, but he just doesn’t seem ready yet. KU definitely has the pieces to overcome this, though Bragg will eventually get it down, and when he does, he’ll be a major x-factor because of his versatility and athleticism at a typically un-athletic position.

ITP: Kansas smashes Oklahoma to move to brink of 14 straight 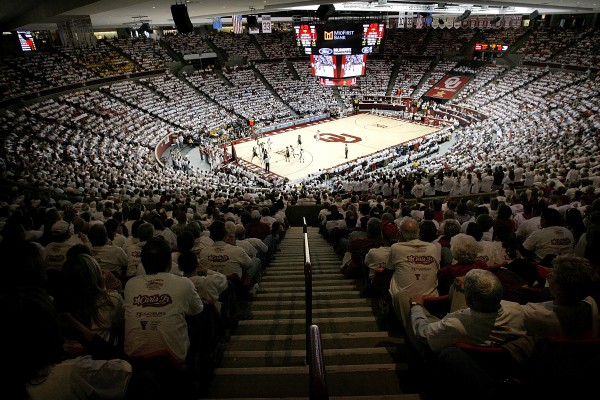