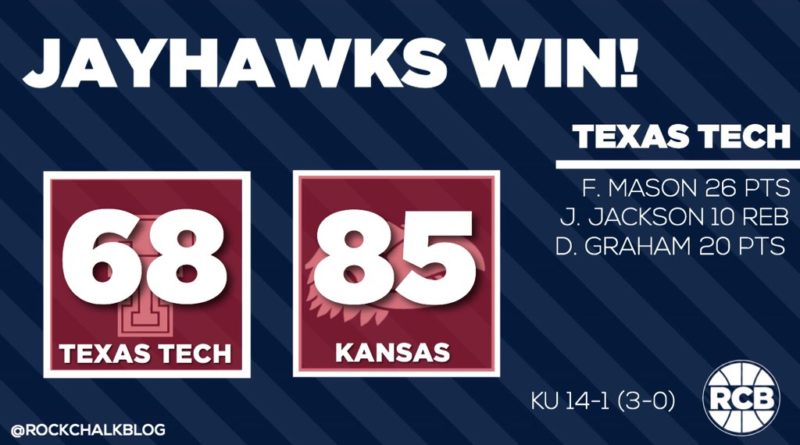 No. 3 Kansas sealed its 2,200th program win in an 85-68 victory over the Texas Tech Red Raiders. Frank Mason extended his Naismith resume, scoring 26 as the Jayhawks (14-1) start 3-0 in conference play.

Anthony Livingston finished off West Virginia on Tuesday and opened up Saturday’s contest with the first bucket. Kansas was poor on the boards against Kansas State, but early on in this game, it was Texas Tech struggling on the glass. Kansas snatched two offensive rebounds on the same possession, ending with a Devonte’ Graham three pointer. The Red Raiders started flat and trailed by six at the first media timeout.

In his first two Big 12 games, Devonte’ Graham averaged just 12 points. Early on against Texas Tech, he had already collected 10. Meanwhile, on the Red Raider end, TTU had missed its last six shots and already turned it over five times. The Jayhawks leveled with Texas Tech in the “…woof”category, collecting its fifth turnover on a Carlton Bragg travel.

Yesterday during his press conference, Bill Self said that the team would eventually adjust defensively. The Jayhawks had controlled the Red Raiders in the first half, only allowing 20 points. Though the defense stepped up, Kansas wasn’t having an all-star performance on their offensive side, with just 30 points in the waning moments of Saturday’s first frame.

Josh Jackson knows the way to all of our hearts. On a steal, the freshman took it all that way to the rim in throw-down fashion, pulling Kansas to a seven point advantage. In the final moments of the first half, Frank Mason was fouled on a drive, and Anthony Livingston retaliated. Livingston fell backwards as if he was pushed, Landen Lucas said a few words to Livingston, and Livingston said words back to Lucas. The play lead to a technical on Livingston, and Frank Mason went to the line where he put in three free throws on four attempts. Landen Lucas would close the opening frame with a layup, giving the Jayhawks a 37-27 halftime lead.

The beginning of the second half was full of fireworks. Texas Tech and Kansas traded baskets throughout, followed by an exciting string of block shots. At the first media timeout, the Jayhawks held a seven point lead, following a Red Raider three pointer. Josh Jackson, per usual, received his third foul on a controversial charge call.

Texas Tech has relied on the three ball all season long, and nothing was different in Lawrence on Saturday night for the Red Raiders. Keenan Evans found the bottom of the net on a three, trimming the Kansas lead to seven. All night, the Jayhawks have shut down TTU offensively, minus a few unexpected three pointers. The Jayhawks allowed the mediocre offense of Kansas State to score 88 points, uncharacteristic to Bill Self teams. But the narrative on Saturday was different, having conceded just 43 points to the Red Raiders at the midway point of the second half.

Carlton Bragg hasn’t had the breakout season we’ve expected, but would we see anything different against Tech? Bragg was able to put up numbers, but unfortunately, they were fouls and not points. Fouls were piling up for both squads, with Texas Tech and Kansas in the bonus. Texas Tech buried another three, and Carlton Bragg grabbed his third foul in a poor sequence for the Jayhawks. Josh Jackson hit a three to slow a TTU run, but Keenan Evans once again, put the game within two possessions on a three point basket.

Texas Tech stayed within an arm’s length of the Jayhawks, not because of good defense or rebounding, but from a barrage of three point baskets. The Red Raiders might have had a few three pointers, but the Jayhawks had a locomotive, as KU pushed a 12-0 run on Texas Tech to make the score 72-55. TTU would not mount a comeback in the final two minutes, and the Jayhawks won their 2,200th win in program history in a 85-68 rout of Texas Tech. The Red Raiders have yet to get a win in Allen Fieldhouse, posting an 0-16 record in the historic arena.

Frank Mason is an absolute stud. The senior guard posted 26 points, five rebounds and four assists off of 6-11 shooting. Kansas’ defense showed up to the game, something that has not happened since the start of conference play. 68 points is much, much more manageable than the 80 and 88 in their first two conference games. Devonte’ Graham played his first complete game of league play, tallying 20 points and four assists.

No. 3 Kansas will travel to Norman, Oklahoma on Tuesday, where they will face the 6-8 Oklahoma Sooners. The game tips at 8 p.m. and can be watched on ESPN2. 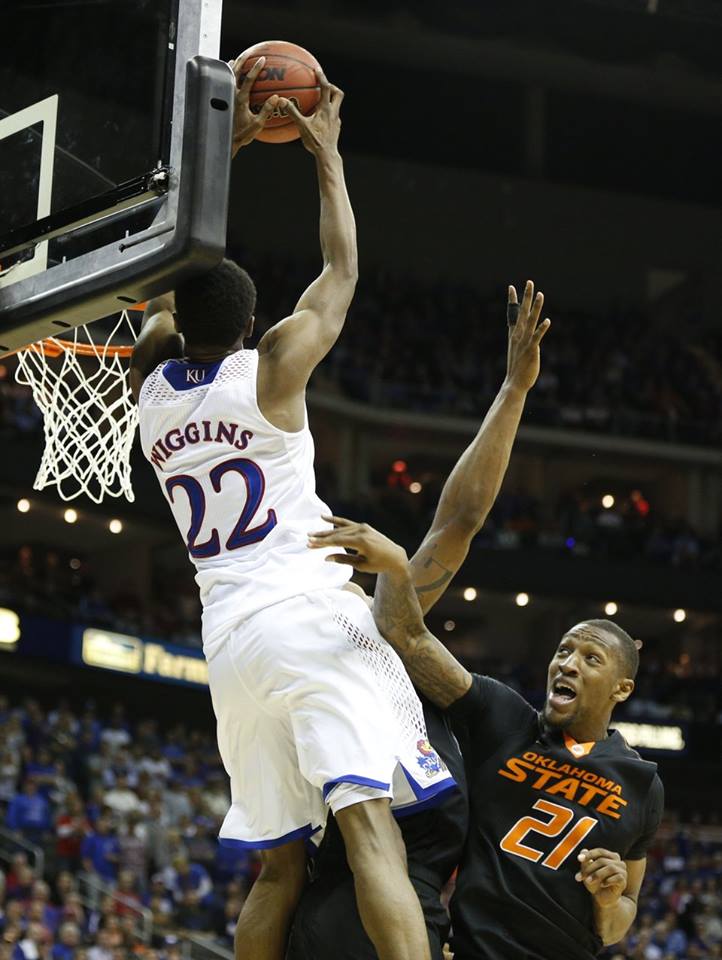 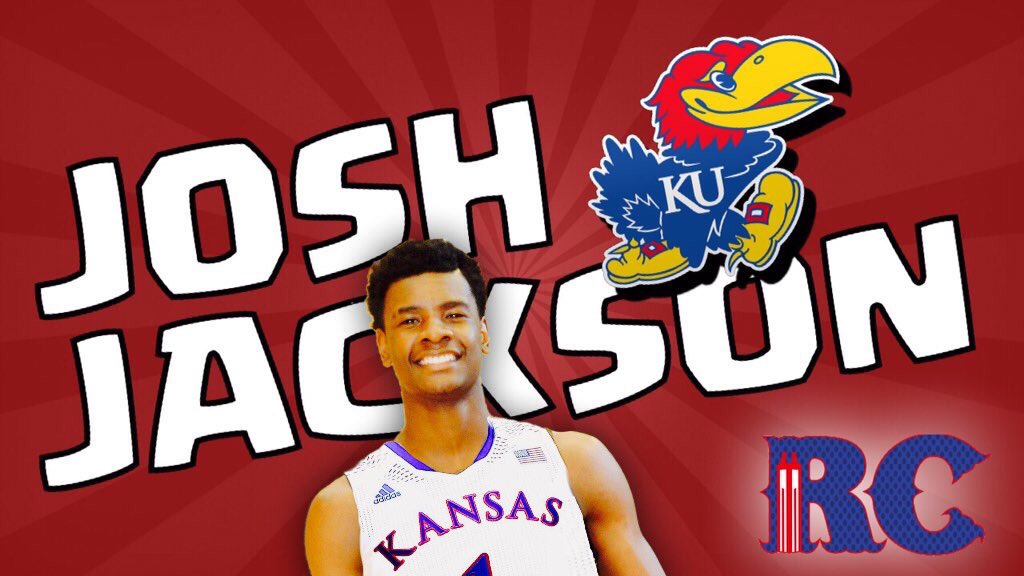