For the first time all year, No. 1 Kansas showed its fangs – and potential – in Tuesday night’s blowout win over South Dakota.

It’s only taken six weeks and 10 games, but the Jayhawks finally put together a complete performance on Tuesday night, using a monstrous second half to run past South Dakota. There’s only one question that the fans have about it: is this sustainable?

In order for the Jayhawks to play well, they need two different players to be making shots from the outside. That’s only happened two times this year – against Michigan State and South Dakota – and in those games, KU is averaging over 90 points per game. It’s simple: if Lagerald Vick and somebody else are hitting threes at even an average clip, the Jayhawks are going to score in the 80s or higher, and combined with some of the country’s most steady interior offensive production and a rapidly improving defense, they’re going to be very hard to beat.

Charlie Moore stepped up and had his best game of the year on Tuesday, making six three-pointers to jumpstart a previously lackadaisical offense. Nobody has more to gain from KU turning into a competent shooting team than Dedric Lawson, who should have even more space to work with if opponents have to start respecting the Jayhawks’ threat to shoot the ball from deep. It should also allow Kansas to play faster, which would make for an all-new style that this team could unleash on opponents.

Sitting on the bench like a grounded child watching all of his friends finally having fun playing together, Quentin Grimes continued to struggle while everybody else got off the struggle bus. I’m convinced that Grimes is never going to truly get going with this team playing slower. The Kansas team that scored 46 points in the last 15 minutes, playing at a breakneck speed with transition opportunities and open three-point shots – that’s the one that Grimes needs to get going in.

In 2017-18, Malik Newman struggled in nonconference play before improving come January. In 18 league games, Newman averaged 13 points, 5 rebounds, 2 assists, and shot the ball at a 38% clip from three-point range. That should be Quentin Grimes’ target. With the rest of the talent on this roster, if he can post those figures, it’s going to raise the Jayhawks’ ceiling in tremendous fashion.

Kansas has three players that have the potential to knock down a handful of threes on a game-to-game basis: Grimes, Moore, and Lagerald Vick. With Vick playing at an All American level thus far this year, Kansas only needs one of the other two to hit shots, and we all saw what that did to the ceiling on Tuesday night when they scored 89 points.

Vick isn’t going to shoot the ball at a 55% clip all year. When he inevitably goes through a cold slump, Moore and/or Grimes need to be ready to step up. If they do, it’ll just make the Jayhawks that much more dangerous. 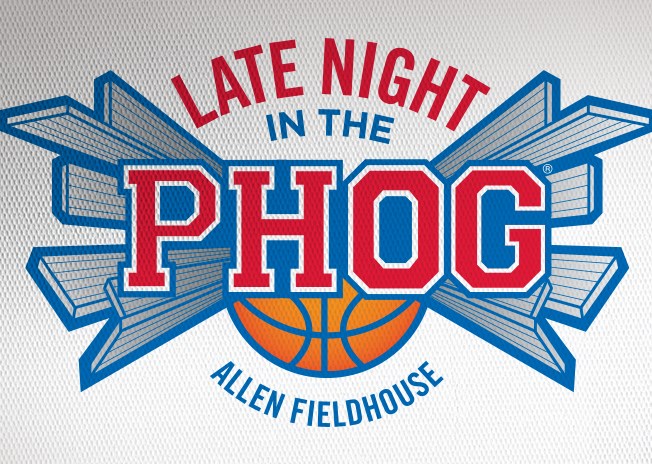