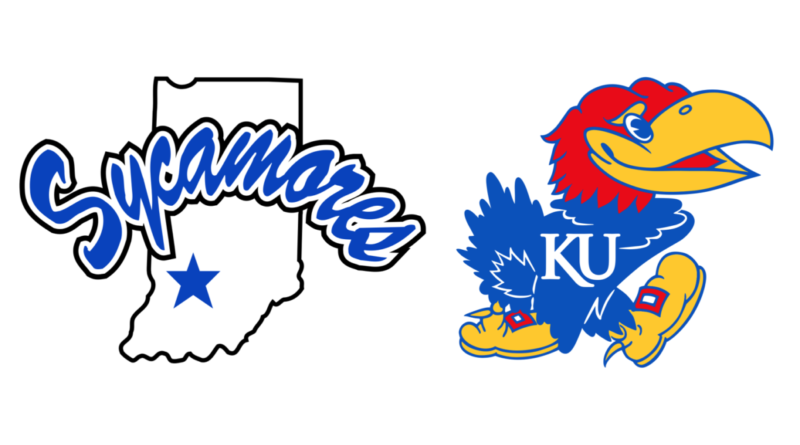 After nine months of waiting, college football is back in Lawrence and there’s a new leader in town. For the first time in over two years, fans of college football will see the grass-chomping, mad-hatting Les Miles back on the sidelines. This season opener marks the fourth Kansas football coaching debut in the last ten years. The Jayhawks need to come out strong to solidify the positive momentum of the Miles era.

When Indiana State has the ball

Last season Indiana State had the number 14 ranked rushing offense in the country at the FCS level. Combine their strong rushing attack with the fact that Indiana State will be starting five redshirt seniors across the offensive line and it is not difficult to figure out what they will do against the Jayhawks. Indiana State quarterback Ryan Boyle is the engine that runs this offense. The Iowa transfer rushed for over 600 yards last season and 6 touchdowns. His game reminds me a lot of Nicholls State quarterback Chase Fourcade, who gave the Jayhawks fits last season.

This is a problem for a thin Kansas front seven. This group (which loses key seniors Joe Dineen and Daniel Wise) will be tested early. DJ Eliot’s unit ranks 112th in returning production. Therefore, the 2019 recruiting class will need to step up immediately. Look for true freshman Steven Parker and Gavin Potter to get some snaps early on. The back end of this defense will be led by their safeties Bryce Tornedon and Mike Lee. Indiana State likely will not test the Jayhawks over the top. In order for DJ Eliot’s 3-4 to be successful week one, Kansas needs to match the Sycamores’ physicality and make tackles.

The big story heading into this matchup is the quarterback battle. While Miles has yet to announce his starter, he revealed that he knows who his quarterback will be on Saturday. Regardless of whether it is senior Carter Stanley or JUCO transfer Thomas MacVittie, Kansas will keep the ball on the ground. Despite the absence of Pooka Williams (who is suspended this week), Kansas boasts one of the league’s top running back rooms. Like their opponent, the Jayhawks have experience up front. Hakeem Adeniji has been a stalwart at left tackle, and Malik Clark and Api Mane both have game experience inside. I expect Les Koening and Les Miles to put the ball in the hands of Dom Williams and Khalil Herbert early and often.

In terms of the quarterback battle, I lean more towards Carter Stanley. He strikes me as a leader of the team and has played in over 20 FBS competitions. While his ceiling may be lower than MacVittie’s, his ability to run and create should be enough in year one for Les Miles.

It’s a new era for Kansas football. Jayhawk fans should be excited, and I believe they will finally start to see a better product at #TheBooth. That being said, year one will come with bumps as the team transitions from a David Beaty Air Raid-type team to a Les Miles punch-you-in-the-mouth team. The rebuild will take time and fans will need to be patient (I know we’ve waited way too long to still be patient). I think KU gets it done on Saturday. They have been quoted as 4.5 point favorites, and Sagarin has them as 9.1 point favorites. If you’re looking to place a bet, be sure to do it through https://www.bestsportsbooks.co. I like the Jayhawks win this game by 14. 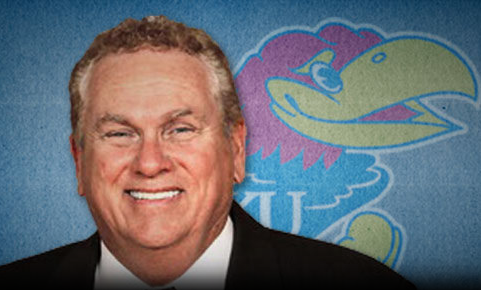 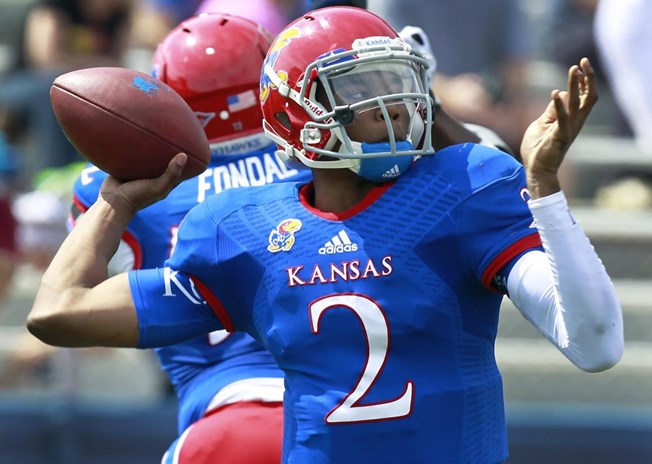